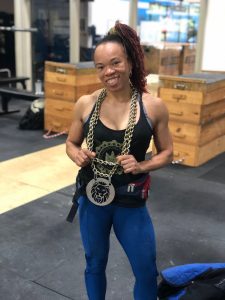 Obviously the first standard speaks for itself. The name of the game in the sport of weightlifting is to be successful in every possible attempt in competition. Generally speaking, the lifter with the most made lifts, if all things are equal, comes out on top. The lifter that makes the most lifts tends to be the lifter with better chances at victory.

The problem with this reality is oftentimes coaches and athletes just think this is just a competition mindset. I have heard for so many years athletes state they are just going to “turn it on“ when competition time comes. That’s not how the human body works. We establish movement patterns and habits in the way we train day in and day out. I have yet to meet a coach who believes that missing lifts in training will somehow carry two made lifts in competitions. (I’m sure that coach is out there though.)

At Power and Grace we put a high value on makes within training knowing that making lifts in train translates to making lifts in competition. This is why we set this is our number one standard. This standard impacts our program and it impacts our lifters approach to training. Our programs are not designed with the mindset that working up to a miss is OK. Working to failure seems to be counterintuitive to the performance we are trying to set in competition, especially close to competition. Obviously this is not a full-proof philosophy as lifters are not always perfect but it certainly is the goal.

Our competition lifters approach training the same way. There is no mentality that allows a “good miss“ under our current training philosophy. Obviously, we reward good effort and we put a high value on being courageous in your attempt selection but the ultimate goal is a made lift and our lifters approach training as if making lifts every day out will have the greatest carryover to their competition total. 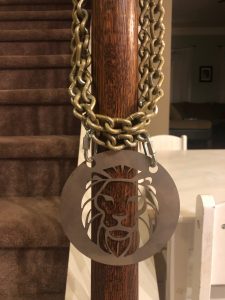 Some of you by now have noticed we have a team chain that gets passed around each training session. That team chain goes to the lifter with the highest percentage of made lifts that day. That lifter brings the chain back to training each day and they can either protect the chain by making all their lifts or risk losing it by missing. The chain is a high valued object on our team. With a team that tends to make far more than it misses, one missed lift can cost them the chain that day. We also take the chain to competitions. The lifter with the highest percentage makes in competition takes home the chain. (Imagine if USAW replaced 6 for 6 wrist bands with 6 for 6 chains!) 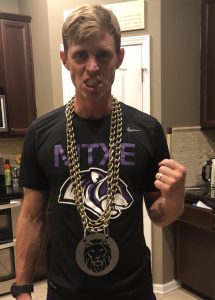